This October Mowery & Schoenfeld, LLC is honored to have been named one of Geneva Group International's (GGI) 2017 Firms of the Year! "We are proud to have our Firm and contribution to GGI recognized by our peers within this group," said Managing Partner Jeff Mowery. He continued, "To have been nominated by such outstanding professionals is most gratifying, and we are truly humbled by this honor."

GGI is one of the largest professional associations with a global network consisting of 580 accounting, law, and consulting firm members from 123 countries.

Members of GGI are nominated for the award by fellow members in March each year, and the selection process begins. Nominations undergo scrutiny by GGI's Executive Committee and Executive Management and a shortlist is compiled. These firms are judged on their reliability, professionalism, best practices, response behaviour, reputation, certifications, outstanding commitment, client services, qualifications, working conditions, social responsibility, and sustainable growth.

Since joining GGI in 2013, Jeff Mowery, accompanied frequently by Tax Manager Jed Ang and occasionally by Senior Tax Associate Kara Rios and Firm Marketer Amanda Ehret, has attended 13 GGI events, spoken or presented at 7 events, and formed relationships with professionals in countries throughout the world. "These key connections have been crucial to the success of our clients and our organic growth since our membership began," shared Jeff.

In reflection on his time with GGI, Jeff stated, "We have experienced a growth rate in excess of 60% over the last five years, and we would not be the Firm we are today without the GGI Family."

Mowery & Schoenfeld was joined by Vijesh Zinzuwadia of Zinzuwadia & Co. (India) and Werner Prenner of Contax (Austria) in receiving this award. Jeff extends his enthusiastic acknowledgement of his fellow winners: "We could not imagine better Firms to share this recognition with, and we are honored to be counted among such excellent professionals" 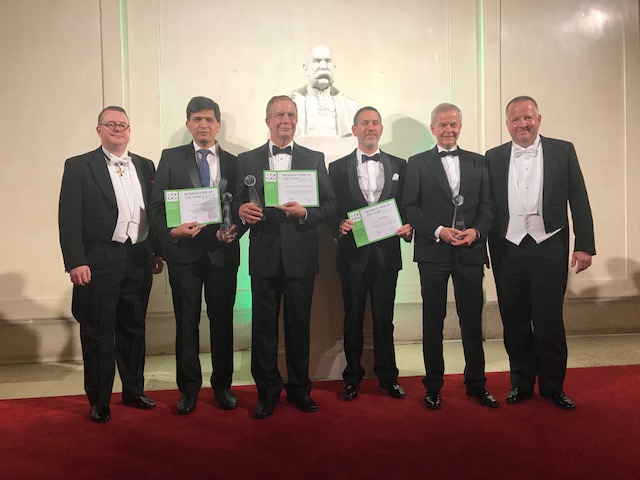